Before I get started, a round of applause for my amazing sister, Erin, for summoning her inner Jessie Spano and pumping out several kid friendly garments during KCW!  Bravo!  Who knew that sewing with knits would be like crack to her?

My crack is those peanut butter filled pretzel nuggets.  Can I get an intervention please?

My KCW week was consumed by this- Minion costumes for Jet’s 7th birthday party! 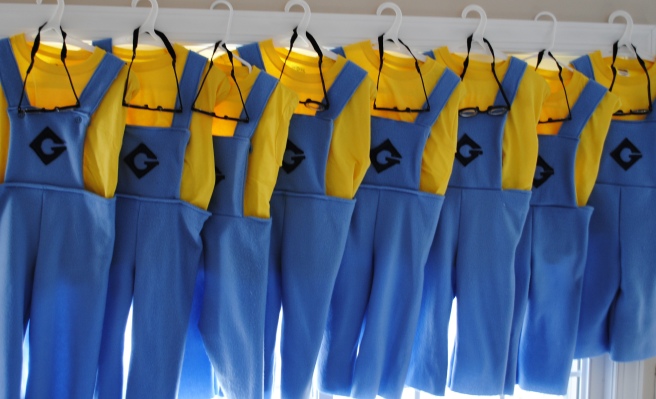 Jet was dead set on a Despicable Me themed birthday party, a theme that is not widely found in your neighborhood stores (though, I bet it will be by next year).  The idea to costume all of the children came from the fact that I really hate coordinating party games.   I was all over Pinterest, trying to get ideas, but I just did not feel like decorating  soda bottles for minion bowling, or pining the scarf on Gru…

So naturally, sew costumes for all, and let them handle the fun! 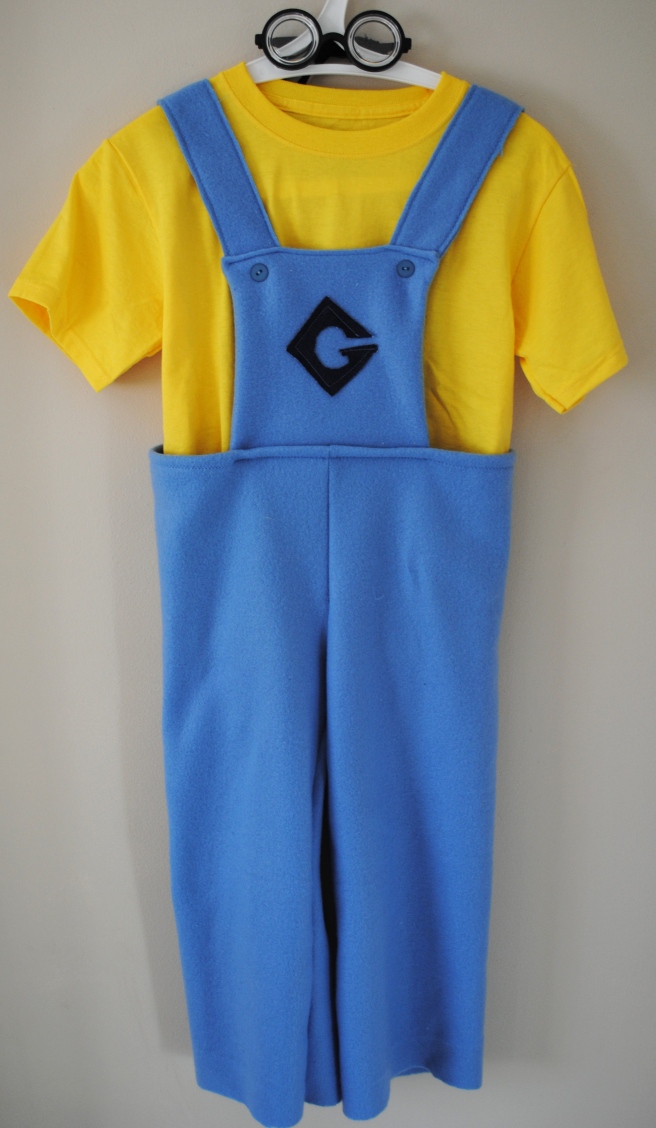 Before you declare me out-of-my-gourd, understand that this is not kind of sewing I am proud of.  This was balls to the wall sewing with reckless abandon!   Most of it was done on the serger with super forgiving fleece- no hemming, no button holes, no elastic, nobody cares!

It was totally fun! 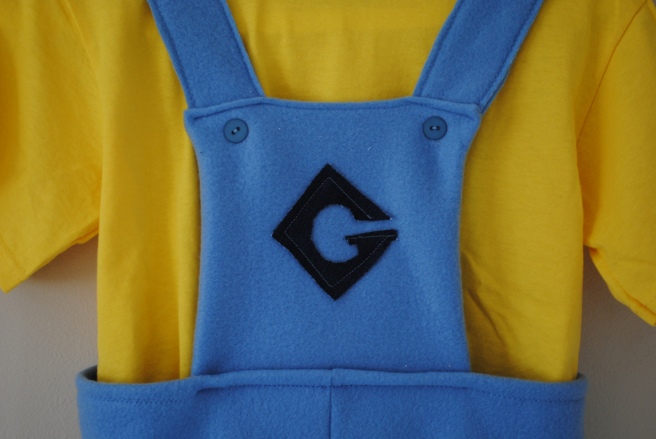 I used the Parsley Pants pattern to draft the bottom portion, and basically attached a rectangular bib.  The long straps took the longest to sew because I used two pieces of fabric and sewed them on the regular machine.  The yellow T-shirts were 4 for $9 at Jo-Ann, and that is where I bought the fleece too (using coupons of course).  The “G” was cut from denim and roughly appliqued.

My plan worked.  All the boys were so jazzed about the costumes, that all I had to do was supervise the ensuing madness!  That cloud paper was also from Jo-ann’s, and worked well for a photo wall.  Ready for some pics?

Pei and I attempted to dress as Gru and Lucy.  Yes, I did sew him that scarf.  Avery bailed on her Agnes outfit because I couldn’t get her ponytail to “stick straight in the air”.  #fouryearoldproblems

A nearly 70 degree day in winter worked to our advantage.  After photos, I just pointed them all toward the door and they ran and played their little hearts out!  We even moved the eating table and pinata out there!

By the way, the pinata and glasses were found on Amazon. 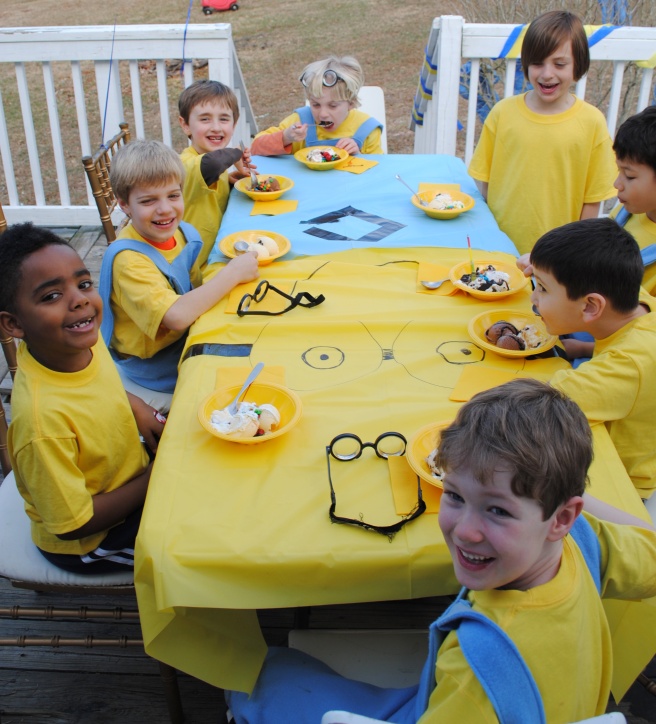 This was a last-minute paper banner that I let Avery and Jet work on before the party started.  We didn’t finish it in time to hang it.  Oh well. 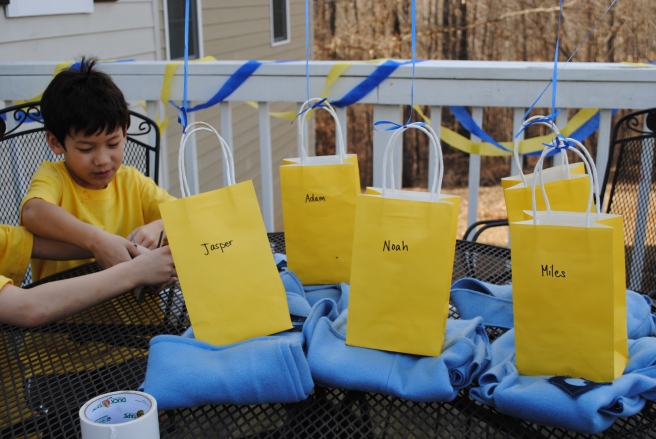 The party was a major hit!  I really enjoyed seeing how adorable these little boys were in those costumes.  And before you ask me what I am going to do to top this next year, here  is your answer- Nothing.  We will not be doing the party with all the friends thing every year for every kid.  Keeping it mellow for the next couple years.

I hope that this will be one of those historical birthdays for Jet.

He is one incredibly worthy 7 year old.  I Love you buddy!