I’m back after my little hiatus, and we are settling in to our new home quite nicely.  We really love our new neighborhood and school!

The dog got fleas the second we got here, so when I’m not bathing him, washing sheets and blankets, vacuuming, or teaching Ellery how to squeeze the life out of the little jerks with a pair of tweezers, I have been sneaking some time in at the machine.

It seriously saves me, friends. 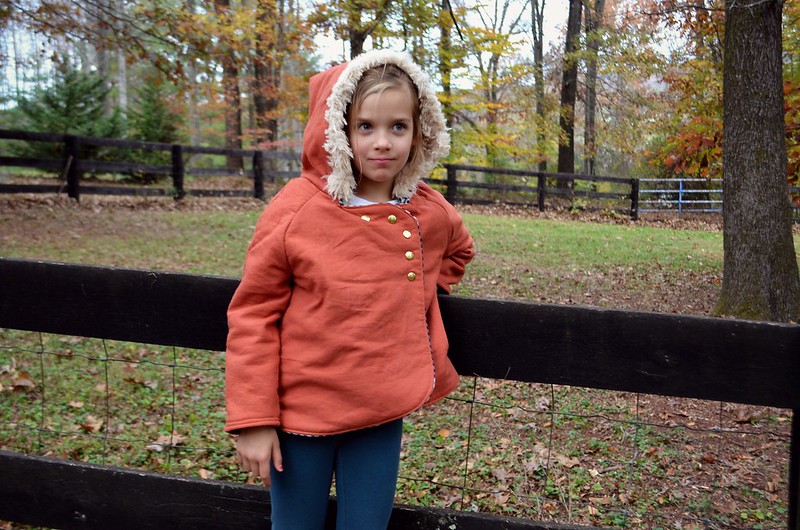 I’ve had the Nituna jacket pattern for a couple of years now, and it seemed like it could be the perfect Fall coat for Ell.  It’s a swing coat, so it’s sort of shorter and wider than I’m used to, but I think it’s a cool look.

I think I was channeling some Carhartt vibes with this project. 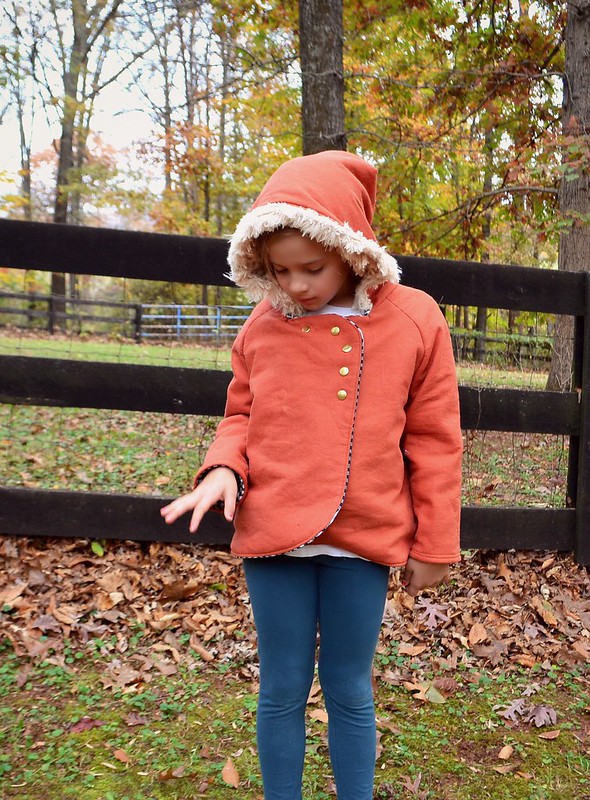 The last coats I made E (Uptown jackets) were both hits, nice-fitting, cute, and the pattern was a breeze.

I’m half-wishing I’d just stuck to that one again. 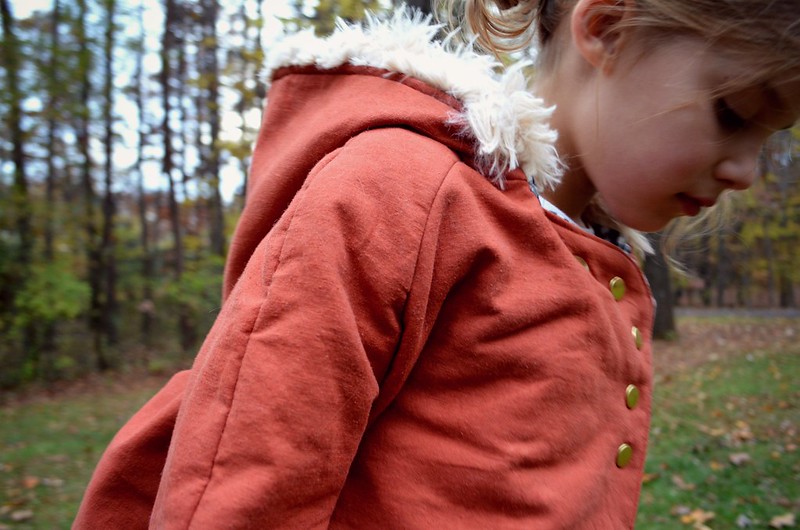 I was pretty frustrated with the instructions here and there.  I felt like I was missing one key word in every step that would’ve made everything make sense for me.  I mean, I understood how it was probably supposed to go together, but I don’t want to spend time trying to decipher a vague sentence. 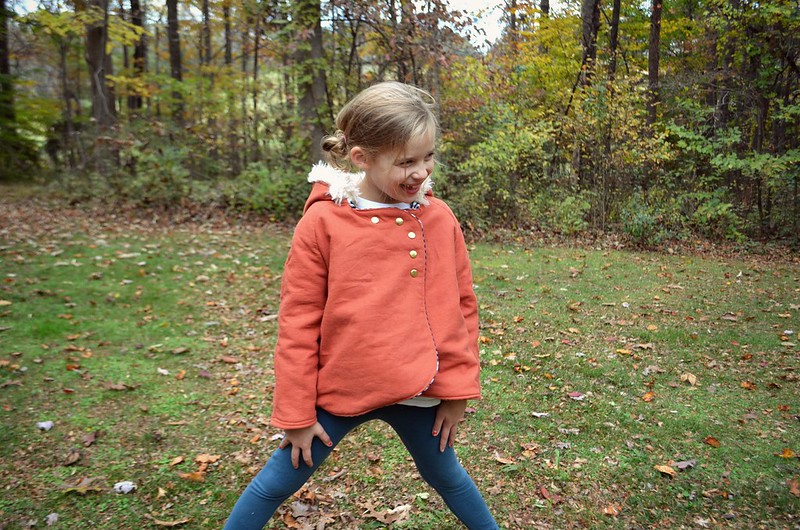 I skeptically sewed a size 8/9, and assumed it would be large on E because everyone says this pattern runs huge.  Yes, it’s wide but I don’t mind that- but, I feel like this jacket needs to be an inch longer for her- the hem and the sleeves. 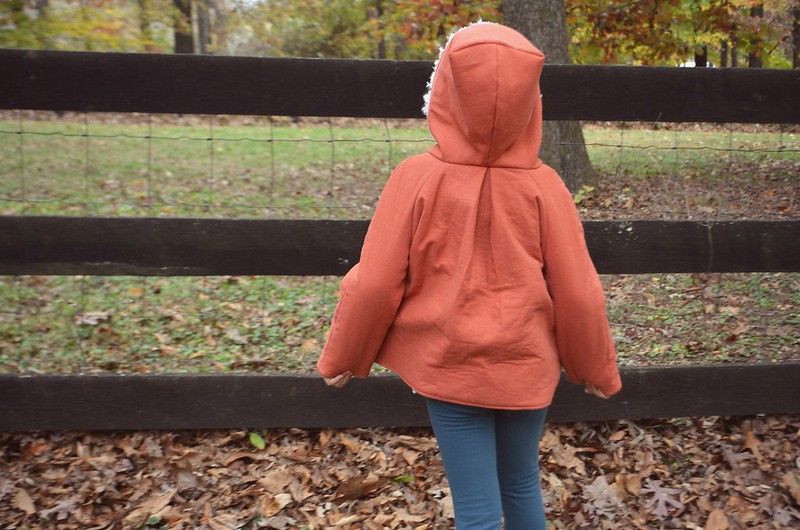 The main fabric is a rust colored linen-blend from Joann’s, double cloth cotton from Imagine Gnats for the lining, and some incredibly soft faux fur (by Shannon the minky people) for the hood.  Oh, and there’s a layer of fusible fleece in there too. 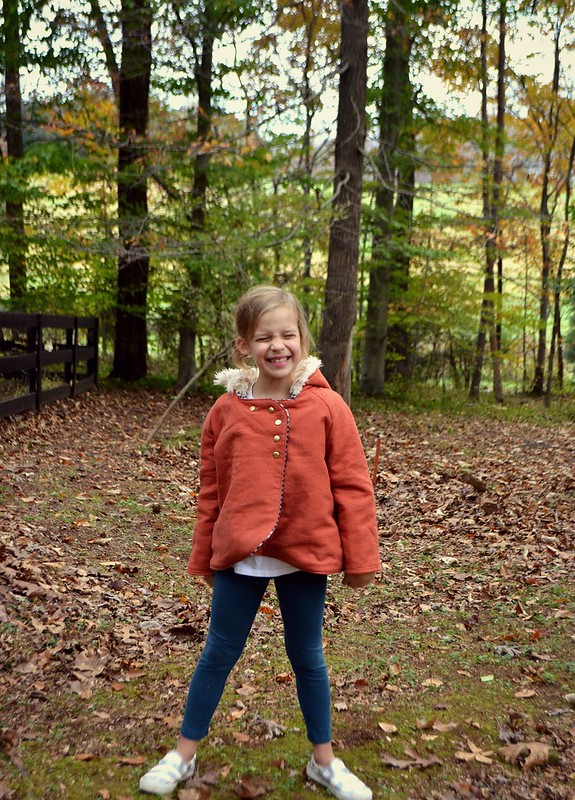 Gosh, I love her.

I do have to say that I had one major issue while attaching the raglan sleeves to the front and back pieces.  My sleeve pieces were about 1 inch too short at the top neckline edge, and just did not match up with the front and back.  So I had to shave an inch off of those pieces to even it all up.  I’m not even sure how that happened, but it did screw up my sewing when it came to attaching the hood. I guess that’s where I lost an inch in length? 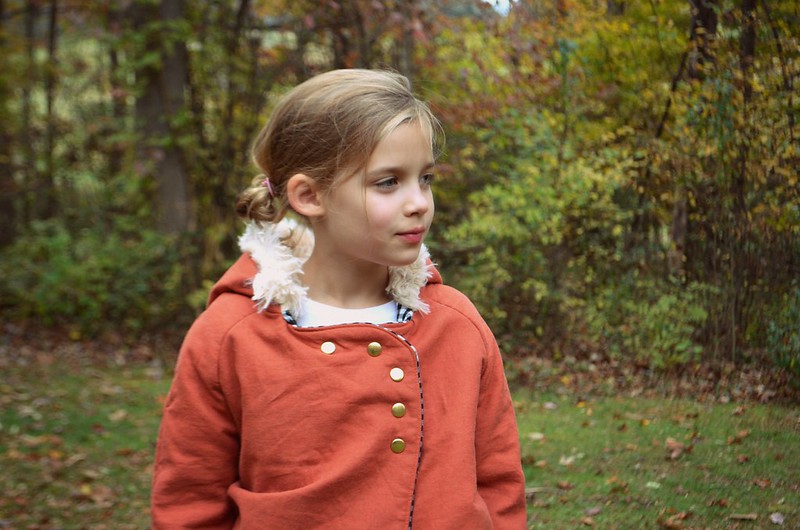 I tried to press the lining out to the front a bit more so it would look like piping.  There is always room for cheater techniques in my opinion.  😉

The Nituna calls for 4 buttons, sewn in a square to close the front.  I kept thinking it looked toddler-ish that way (my buddy Monica confirmed that for me), so I went a little cuckoo and did my own thing.  I used 5 brass snaps, and just sort of followed that curve at the top.  I think I like it… 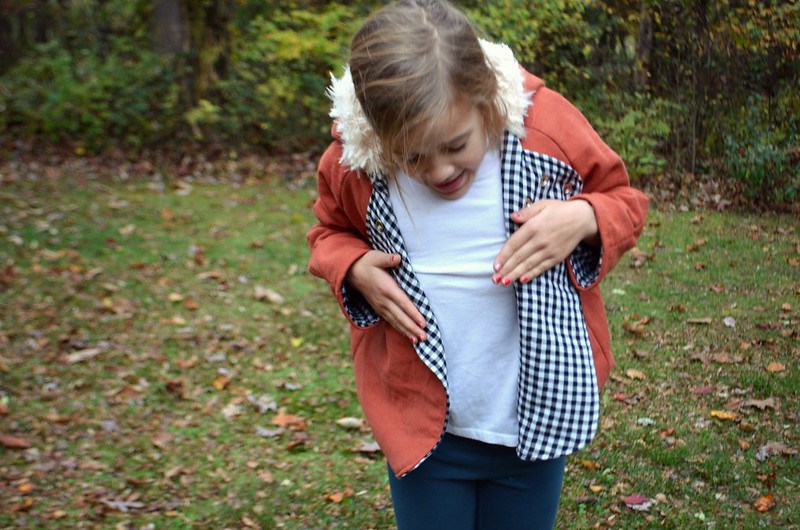 Ellery is on the fence.  She kept trying to pull it down longer- I think the fit maybe just feels awkward.  I don’t know how I feel about it… I like the look, but I wish it were a better fitting coat that she could wear to school every day.  Sadly, I don’t think it’s going to be the one she grabs on her way out the door.  Time will tell. 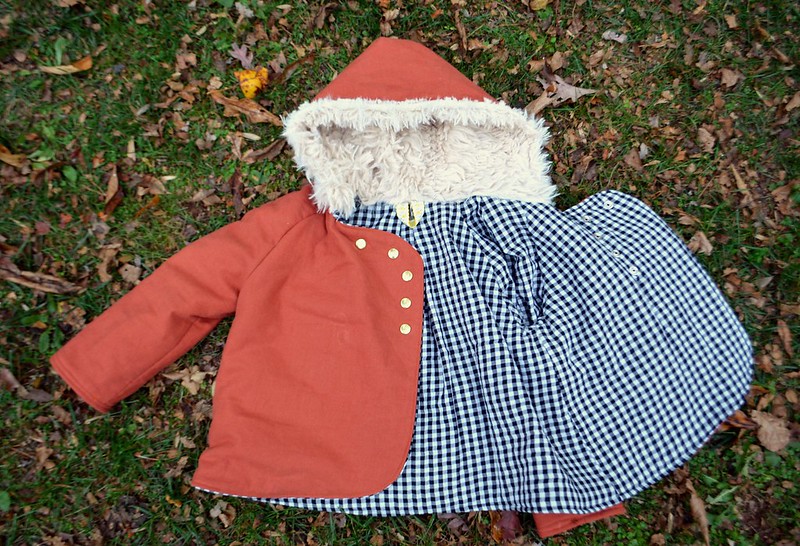 Really, I’m just glad I got around to sewing something.